Ayahuasca is not a fugitive pleasure…

“Ayahuasca, for us, is not a fugitive pleasure, venture, or seedless adventure, as it is for the virakocha. Ayahuasca is a gateway –not for escape but for eternity. It allows us to enter those worlds, to live at the same time in this and in other realities, to traverse the endless, unmeasurable provinces of the night.

That is why the light of the oni xuma is black. It doesn’t explain. It doesn’t reveal. Instead of uncovering mysteries, it respects them. It makes them more and more mysterious, more fertile and prodigal. Ayahuasca irrigates the unknown territory: that is its way of shedding light.

And when we invoke it with urgency, with hunger, and with respect, with that intonation of finite water, waters passing between the embrace of two round boulders, oni xuma is “flank-of-a-stone-knife”. We cut the fingers of the Evil One it. With it, we separate the body from its souls. If a soul is ill or in danger, we divorce it from its hard matter and negate the contamination. We energize it. The Ayahuasca shows us the origin and location of the problem, and tells us which herbs and which icaros to use in scaring it away. Likewise, if a body is sick, we pull it away from its soul so that it will not putrefy. We also isolate the location of the damage. We know which roots keep the spiritual body very heart of its health. Until its double in the air and in the shadows grows again in the body as a renaco would: innocent, not knowing only what the flesh knows, not caring whether it is happy or immortal because both states mean nothing and belong to everything. It is all the same whether it is eternal or fleeting to him who enjoys it. And this, which is nothing, is everything. There are gifts, there are powers, there are commands. There are no miracles in the sense you are now thinking about the word miracle. There is no miracle in the cure or in the invocation, neither before or after oni xuma. There are roots and juices of roots; there are barks precisely used for this and that, several types of rains which one drinks, and also certain stones. In what manner and in which cases to use them, when to gather them, and how to prepare them –that is what Ayahuasca knows and will reveal to us when it deems proper, if the soul and the body is worthy of it. 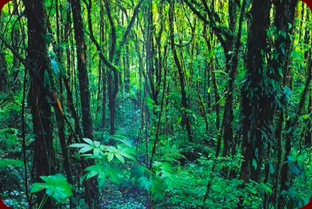